Thank you for the men and women of the Royal Navy and Royal Marines. Regardless of your sexuality, gender, or orientation, you continue to keep our country safe every single day. Thank you.

This year marks the 20th anniversary  since the lifting of the ban on LGBT Royal Navy sailors and Royal Marines serving in the British Armed Forces.

Naval bases and air stations as well as Royal Marine units across the country are flying rainbow flags from their main masts. Also in support, there are rainbow lights lighting up iconic military buildings across the UK.

On 12 January 2000, a new general code of sexual conduct was introduced. This was after years where being gay was decriminalized by the Sexual Offences Act of 1967. And, on top of that, Servicemen were either disciplined or discharged for homosexuality under military law. 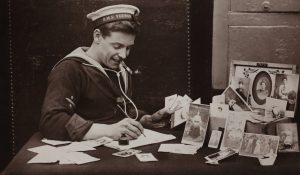 However, from 2000, there have been many changes to the Royal Navy rulings with regards to LGBT personnel. The service now welcomes people from the LGBT+ community and they are treated with equal rights.

The service also advertises for recruits in LGBT magazines and usually has a presence at most Pride Events in the UK. The Royal Navy also allows sailors to hold civil partnership ceremonies on board ship, just like their heterosexual counterparts.

Since 2006, Royal Navy sailors are also allowed to march in full naval uniform at Pride Marches across the country. This is most iconic during the London Pride March where the Royal Navy lead the other Armed Forces through the streets of London.

Check out the Royal Navy’s Official Page for more information. Or, if you are thinking about joining the Royal Navy or Royal Marines, follow the link to their recruitment page. 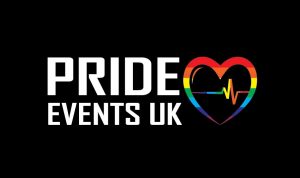 So, what are you waiting for? Join the Royal Marines and Royal Navy LGBT Pride parade to honor the community.