These books showcase the literary journeys and challenges faced by the LGBT+ Community all over the world.

If you are new to the community or you are hoping to learn more about the LGBT+ Community, these books are an excellent place to start.

From the time LGBT+ members surfaced till the present day, there have been many struggles. Some of which have been mentioned in these ten books. These chosen books also enlighten us with the beauty of the diversified world we live in today.

10) A Single Man by Christopher Isherwood

The story of this beautifully written novel revolves around the life of a middle-aged Englishman ‘George’, who is a professor at Los Angeles university.

The author has magnificently described the feeling of love and loneliness in his gay novel of 200 pages which will leave you awestruck with emotions.

Isherwood has astonishingly shown the experiences of George who intended to commit suicide after the death of his beloved Jim.

A Single Man is one of the most appreciated works of Christopher Isherwood and we believe a must-read book.

This wonderful piece by Audre Lorde reflects the rejections based upon sexuality, gender and race by the society and her journey since childhood.

It is a story of a young black girl from the West Indies who is a lesbian and faces a lot of racism while growing up and going to a Catholic school.

Even in her adulthood, she continued to find herself detached from the world.

It also illustrates all her relationships with various women throughout her life.

Rubyfruit Jungle is a well-depicted tale of an adolescent girl, Molly Bolt, the major character of the novel.

The author has shed light on the harsh reality of the society and showed the struggles of black citizens, women and homosexuals in the late 1940s.

Molly, in search of her identity, faces the harsh realities of being a homosexual. One of the best gay novels out there, this book is a must read for the LGBT+ Community.

7) The Line of Beauty  by Alan Hollinghurst

This prize-winning novel The Line of Beauty is a novel full of eventful gatherings. The novel is divided into three parts.

The story revolves around Nick Guest who is a young gay protagonist. This historical fiction comprising remarkable happenings wouldn’t stop the readers from enjoying it.

Hollinghurst has shared his simple sense of perspective of the era of gay civil rights protests and the HIV/AIDS crisis. 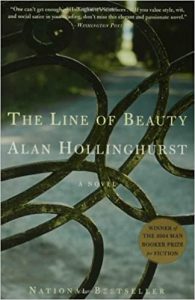 Middlesex, originally published in 2002, is a best-seller and prize-winning gay novel.

It is an epic novel and a moral tale for the modern age.

This is a spectacular story of a hermaphrodite Calliope, who discovered his reality in his late adolescence. It depicts the various secrets behind Greek-American Stephanides family.

Calliope was born intersex because of the genetic and social history of his family.

This is a beautifully depicted gay novel of homosexual love in the early twentieth century in England.

It describes the journey of Maurice to self-discovery from his college/university days and his search for happiness.

Forster has won several people’s hearts through his beautiful and emotional writing.

He is one of the great English authors who have described the emotions of gay love. He has picked each word carefully and his sentence construction is truly mesmerizing.

Forster’s pioneering work is highly appreciable and a must-read book in our eyes.

A fictional biography of the sixteenth century by Virginia Woolf is one of the most popular novels depicting the history of English literature.

The story revolves around the principal character Orlando. He is a young and attractive boy from a noble family. He is also a poet and likes to spend most of his time.

His forefathers fought the war, and he wants to follow their footsteps. He is slightly different and clumsy.

He also changed his gender from male to female and everything changes after that. Woolf has beautifully drawn the comparisons between the thought processes of men and women across different eras.

3) The Price of Salt by Patricia Highsmith

The Price of Salt is a lesbian romance novel of 1952. The novel shows all the trials, and reflects on the difficulties faced by the two major characters, Therese Belivet and Carole Aird.

Therese Belivet is a young and lonely woman and an aspiring theatre set designer who always felt abandoned because of her father’s death and her mother who sent her to boarding school in Europe.

Therese gets attracted to a thirty-year-old beautiful and sophisticated woman called Carol, who is also lonely.

The key characters of the novel get emotionally attached because of their shared loneliness.

2) The Color Purple by Alice Walker

This prize-winning novel by Alice Walker was published in 1982.

The Color Purple depicts the trauma and self-realization of growing up Celie and her struggle for empowerment. Celie is a protagonist and the narrator of the story.

She is a fourteen-year-old African-American teenager who is poor, uneducated and lives in rural Georgia. She started writing a letter to God because of abuses from her father who even impregnated her twice. The story addresses gender equality.

The Color Purple teaches us that being a victim is nothing to be ashamed of.

A great novel for the LGBT+ Community and we believe one of the best gay books out there!

Watch this film on Amazon Prime 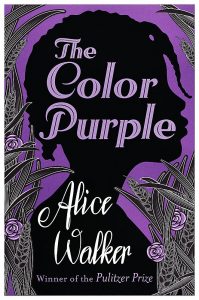 The ferocious and controversial novel written by James Baldwin is a classic of gay literature.

It is a novel of 1956 which depicts the story of David, a young American and Giovanni, an Italian man.

David is the narrator of the entire story and explains his affair with Giovanni. The novel represents homosexuality and bisexuality to the reader.

It describes how David and Giovanni face social isolation.

The author has fluently explained gender and the sexual identity crisis faced by both of the characters.

We believe this is one of the best gay novels out there!