The Trans Pride Flag is significantly different to the rainbow LGBT+ flag. However, the Trans flag is just as meaningful and holds a lot of significance for the Transgender Community.

The flag represents the Transgender Community and consists of five horizontal stripes: two light blue, two pinks, and one white in the centre.

The stripes at the top and bottom are light blue, which is the traditional colour associated with boys. There is also two pink stripes which represent the colour for girls. The white stripe in the middle is for those who are transitioning or consider themselves having a neutral or undefined gender.

The iconic Transgender Flag was designed by Monica Helms in 1999. Helms was a transgender women, activity and author. The idea and design of the flag came to her in a case of what she called “divine intervention.” The rainbow LGBTQ+ flag, designed by Gilbert Baker in 1978, was already popular when Helms came up with her design. However, she saw there was a specific need for a flag for the Transgender Community. Helms has remained an activist for trans rights and continues to challenge World Leader’s such as Donald Trump and his decision regarding Trans people serving in the military.

There are also variations of the Trans Flag. For example, the Black Trans Flag where the white strip in the middle is replaced with a black one to represent multi-ethnic Transgender communities. 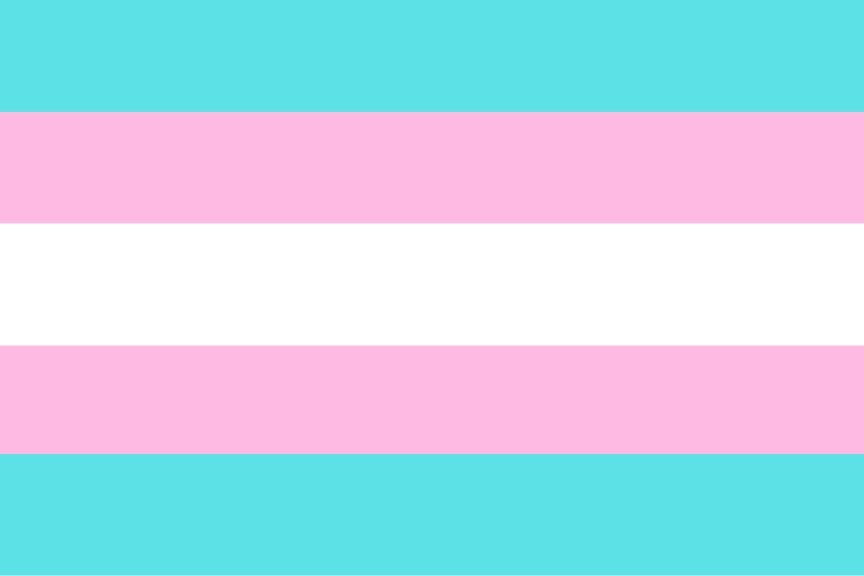