The Ultimate Top 5 UK Pride Event Headliners, do you already know your Top 5?

Pride events across the UK are growing year on year… FACT!

It’s also a fact that more pride events are popping up across the country, and it’s  really great to see.

But, what makes a great pride event? Atmosphere? ? Community? The Pride Parade?

There are so many different factors which contribute to an awesome event.

One of the key features of any pride event is the music and live performances. But, more importantly, the headlining act.

The music headliner is arguably what draws the larges crowds to the events.

So, with that in mind, pride organisers do their best to attract the largest music artists to perform at their event. And, we have seen some AMAZING headliners at previous events. 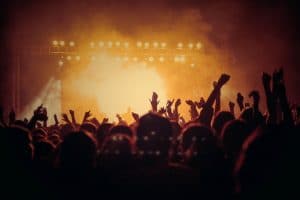 So, we have put this article to break down and discuss the ultimate top 5 headliners for pride events across the UK.

As always, we would love to hear your thoughts! Do you agree with our selection? Comment below and let us know your Top 5!

She was joined with Joe McElderry, Sonia as well as other A-list celebrities for the 19th Brighton Pride.

Alexandra Burke, most famous for winning the X-Factor in 2008, brought the Brighton Pride crowd alive with her number one hits “Start without you” and “Bad Boys”. She added to the electric Brighton Pride atmosphere and gave the crowd exactly what they wanted.

The 2011 Brighton Pride saw the first charged Pride event for the city. Whilst the parade remained free, a fee of up to £17.50 was levied for entrance into Preston Park. However, that didn’t stop the crowds flooding into the city. More than 100,000 people lined the streets of Brighton and 30,000 attended a festival in Preston Park.

A great artist and a great pride event.

Pride in London 2018 was a great success with Sophie Ellis Bextor taking to the main stage in Trafalgar Square as the headliner for the event.

The capital was awash with rainbows, glitter and love for the entire weekend of festivities. And, Sophie Ellis-Bextor’s “Murder on the Dancefloor” had the entire crowd pumped and shouting for more.

A truly great singer who certainly left her mark on the 2018 event.

Birmingham Pride is known for it’s party atmosphere, mass crowds and great headliners. And, the 2015 event in the city was no different.

She brought the Birmingham crowd alive with songs from her 2015 album “I Cry when I Laugh” and including the hit song “Rather Be”.

She was also joined by Example, Heather Small, Marvin Humes and Fuse ODG to add to the weekend party atmosphere.

Rita Ora took to the main stage for an amazing performance in the Manchester Gay Village. She performed hits “Hot Right Now” and “Black Widow”  and many more in her beautiful dazzling outfit.

She screamed “WHO WANTS TO BE NORMAL?” and was greeted with a shouted response back from the crowd to acknowledge their difference and uniqueness.

The theme for Manchester Pride 2018 was ‘The Circus of Acceptance!’. And, the whole of Manchester’s gay village went all out with clubs and bars decorated from top to bottom in circus themed decorations.

Overall, Manchester Pride 2018 was one of the best in the events history. And, it was topped off by Rita Ora’s performance on the Sunday night.

A great show, a great event and number two on our list of the Ultimate Top 5 UK Pride Event Headliners.

The number 1 headliner in our Ultimate Top 5 UK Pride Event Headliners is Britney Spears when she featured at Brighton Pride in 2018!

Draped in a rainbow flag and blowing kisses, Britney Spears wowed the Brighton crowd with her magnificent performance.

Over 57,000 spectators flocked to see Britney perform live on the Preston Park main stage and it marked her first UK performance since 2011.

The singer impressed the crowd as she performed routines with approximately 20 backing dances throughout the 90-minute set.

Brighton Pride is arguably the UK’s most popular pride event of the years calendar. And, with Britney Spears headlining such a remarkable event, we believe she is a worthy winner of the number 1 spot in our Ultimate Top 5 UK Pride Event Headliners.

Comment below and let us know your Ultimate Top 5 UK Pride Event headlining acts! Were they the same as ours?